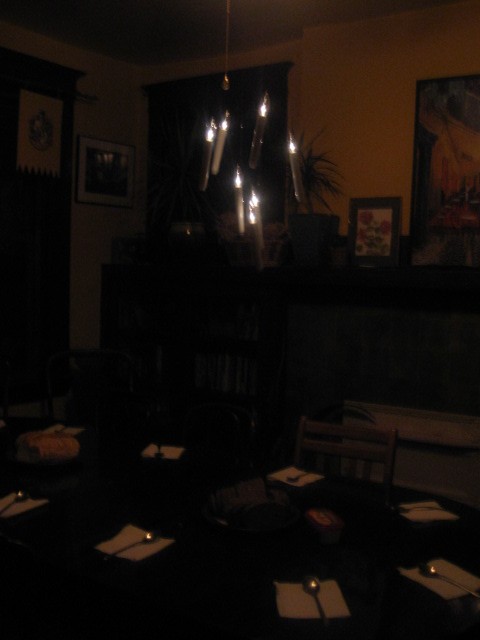 I’m going to feel like a big nerd admitting this, but yes, I am a Harry Potter fan, as are many of the people I regularly associate with. Because I was still in college when the behemoth seventh book was released, I didn’t get a chance to read it until right before the sixth movie came out.

I had mixed feelings upon hearing that the movie adaptation of Deathly Hallows was going to be released in two parts. Without spoilers, I’ll say that the first half of the book is mainly the core trio of characters bouncing around one campsite to another, squabbling, sometimes fighting off something evil or ominous, but mainly… searching. It’s thoughtful and tense and a little over wrought as written, but compelling nonetheless. I was concerned about how this would translate to screen, however, especially when considering that both movies were easily going to be 2+ hours long. The same written adventures as presented on-screen threatened to be tedious.

Jackie, a fan of the Harry Potter movie series, did not seem to be beholden to the same concerns. Her primary objective on Friday, November 19th, the release date for the new movie,  was to throw one hell of a Harry Potter – themed dinner party, which also tied neatly into our friend Maureen’s birthday.
END_OF_DOCUMENT_TOKEN_TO_BE_REPLACED